A downloadable game for Windows

*Note - this is just a short demo!

We're ready to show you our latest demo. You can play a couple of levels from three worlds including a boss fight. The game is still in it's early stages and may change!

If you get a chance to play the demo, we'd love for you to join our Discord server to post your feedback. You'll receive updates first, demos, and possibly prizes.

Once you get a taste of the four levels available, give the arena a go! Tweet us @TaddiesTales with a screenshot if you can!

I did play this demo (May 2019) at one point, but never gave the feedback I should've. I'm gonna fix that!

The glaring issue from the controls are from walljumping - the game doesn't give coyote time. The character first bounces -off- the wall, then has to hit the wall again, and while still moving against that wall, only then they can walljump. I'm used to first pressing the other direction and then pressing Jump, so this was quite frustrating. I later discovered I only needed to press Jump, but I'll just keep the paragraph there.
The fixed-length jump also reduced control, since, for example, one may need to make tiny jumps to avoid closely packed enemies when they can't teleport. Sliding seems to reduce jump height, but oh-so-little to be used for this purpose.
Another huge difficulty was that to run, you need to hold Shift. A lot of the platforming requires running speed, and being challenged by non-standard controls felt... punishing. Maybe it would be easier if the shortcut was double-tapping or having a "toggle autorun" function? Also, running makes normal movement feel slow so I practically held it down all the time.

As mentioned, the demo also allows includes a later level which has the difficulty several bounds up. This is welcome actually, it illustrates the different levels of difficulty the developers can't normally show with a full set of levels, in the package of a demo.
The arena is too difficult to be fun at the skill level I played it though.
The levels being short (5-10 mins including deaths) is also a plus, offsetting the brutality of 2-6.

The installer felt unnecesary, especially for the length. Maybe a .zip with all the game files would've sufficed?

On a technical note, is there no windowed option? I assume it's due to the small resolution of the original game, in which case: would it be possible to "scale" the game according to its original resolution, like 2x and 4x (like CrossCode)? Despite this, the game surprisingly accepted my 4:3 monitor.

To be less negative, the art style is great, and the only "lacking" part was the level hub. It could do with some reflections (scrolling parallax) from the background windows, and the level hub could also be vertically traversable, such as going on apartment floors or rooftops (could be teleports) instead of being very horizontally wide. Including some platforms/wall-pillars also help the player practice mechanics without going inside a level!
Likewise, the musical score is also great, and other than the hub music being slightly repetitive I can't comment much on it.

Saw that you're still making this game, which is really good to know. I'll be awaiting the next version!

Hey, thanks for playing the demo. Sorry for not replying to you earlier but we did take your notes and work on some bits specifically due to your comments, so thank you :). We've got an updated demo out now!

In the new demo we've improved the controls including variable jumping and implemented coyote jumps. It may be because I've played it countless times now, but it feels a lot less difficult to play. The game can run in windowed by pressing Alt+Enter but we haven't implemented UI for setting this. Also we scrapped the arena, it wasn't very fun, and no installer for this demo just a self-executable (but things like Avast antivirus do give warnings).

A couple things we've kept for now such as the holding to run which we've been brainstorming ideas about an alternative, and the level select hub which we've neglected a bit!

Cute but oh so hard to control

wait I didn't know about teleport...

Thanks for trying out the old demo. We've released a new demo now with tighter controls! 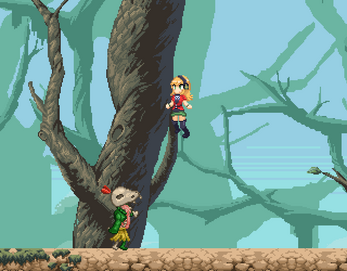 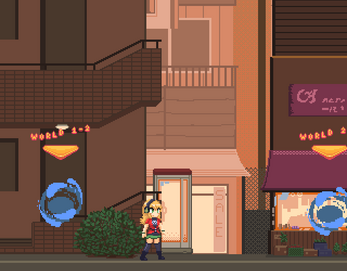 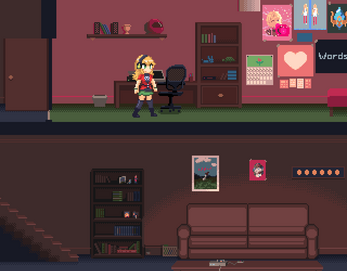 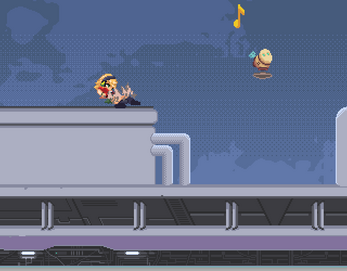